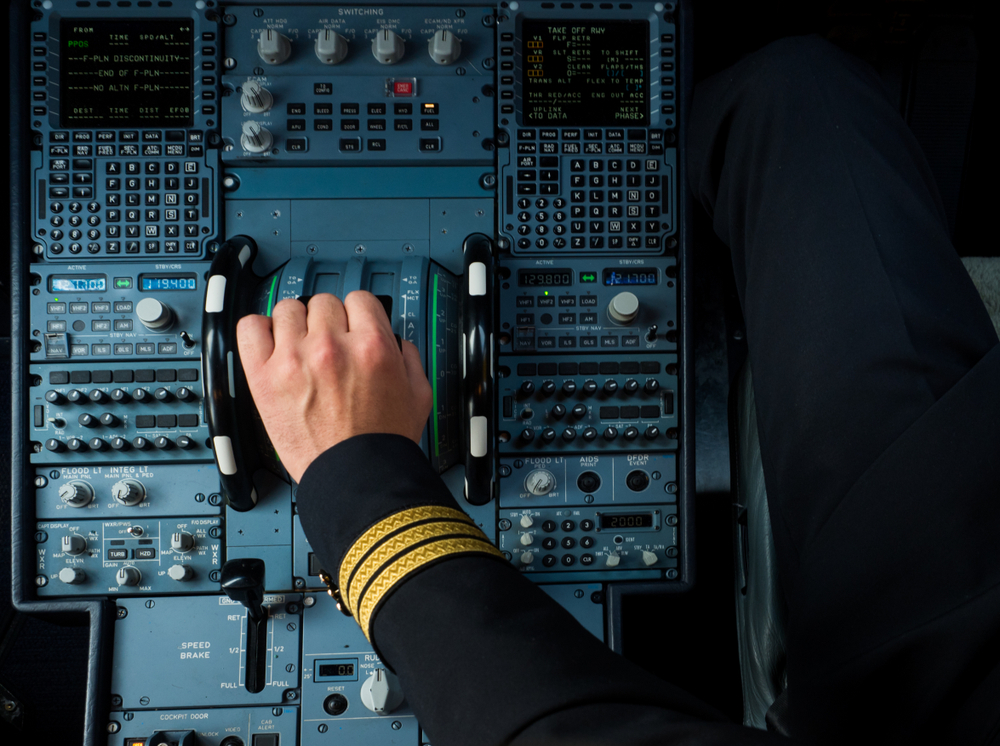 A remarkable and under appreciated fact is that tiny organs inside our ears, not more than 3mm in size, have contributed to countless aircraft accidents worldwide, including the recent tragic loss of Atlas Air 3591 in Houston, Texas.

These organs, more formally known as the Otolith organs, help us maintain balance while we walk the earth. But when subject to the unnatural forces we experience in flight, they can generate powerful illusions, overwhelming even the most seasoned pilots.

Of all the illusions generated by our inner-ear organs, somatogravic illusion (SGI) has distinguished itself as a particularly potent one in aviation.

Over the last two decades, hundreds of lives have were lost to accidents stemming from somatogravic illusions, particularly during takeoff and go-around maneuvers.

If we think SGI can go extinct with the advent of better technology, consider that a surprising number of these accidents occurred on some of the most robust and sophisticated aircraft, such as the Airbus 330 and Boeing 767. The solution to overcoming this complex problem clearly cannot be fixed by technology alone.

Fortunately, there are some simple techniques and tools that both pilots and flight departments can employ today to help guard against illusions in flight. But before we discuss those let’s look at the most recent safety event caused by SGI.

On February 23rd, 2019, the three crew members aboard Atlas Air flight 3591 lost their lives in a tragic accident.

While manipulating the speed brake lever on the center pedestal, it is suspected the First Officer’s wristwatch bumped up against the Take-off/Go-Around (TO/GA) switch on the thrust lever. This inadvertently triggered the aircraft's go-around sub-mode to activate, causing engine thrust to advance to their maximum setting.

Sensing the sudden acceleration and perceiving it as the aircraft pitching up rapidly, the First Officer reacted by disconnecting the autopilot and forcefully pushing the aircraft’s nose down. Within seconds, the airplane departed straight-and-level flight at 6,000 feet as the First Officer pitched downward into a dive toward the ground.

The aircraft reached a maximum of 49-degrees nose-down and a peak airspeed of around 430 knots.

As they broke out of the cloud layer, now aware of their actual orientation, the crew attempted to make an immediate nose-up correction. But unfortunately, they were unable to recover in time. The aircraft impacted terrain approximately thirty miles from their destination.

The NTSB report states that, “The first officer likely experienced a pitch-up somatogravic illusion as the airplane accelerated due to the inadvertent activation of the go-around mode, which prompted him to push forward on the elevator control column” (2).

The NTSB made a cockpit recreation of the event. To see what somatogravic illusion a reaction can look like, watch the video below.

What also made this event unique is that the First Officer had a history of performance-related problems that he did not disclose to Atlas Airlines during hiring.

Individual performance aside, this tragic event bears many similarities to other somatogravic illusion related accidents worldwide.

Between 2000 and 2019, there have been 15 business aviation crashes where somatogravic illusion was cited as a contributing factor (almost one accident per year) (3). And the illusion isn't exclusive to planes. Just last year an August Westland helicopter crashed after the crew succumbed to SGI during takeoff from a private island in the Bahamas.
‍

While SGI can be particularly deadly, fortunately, not all these occurrences have resulted in fatalities. In 2002, an Icelandair Boeing 757 almost impacted the ground when executing a go-around following an unstable approach.
‍

During the go-around maneuver, the Captain pushed the aircraft’s nose to more than 40 degrees below the horizon. Luckily, the crew recovered a mere 321 feet above the ground due to the First Officer’s intervention and the ground proximity warning system’s aural alerts.
‍

To effectively defend against events like these, it’s essential to understand some of the science behind it.

The Small Cause of Big Illusions

Besides hearing, our ears are also responsible for helping us maintain our balance. It’s all thanks to the little organs inside our ears - the “otolith organs.”
‍

A rapid acceleration, such as that experienced during takeoffs and go-arounds, stimulates these organs much like rapidly tilting your head backward. This action creates the somatogravic illusion – the illusion of being in a nose-up attitude.
‍

During acceleration, a pilot might perceive that they are pitching up aggressively. This can be followed by a strong desire to push the aircraft into a nose-low dive towards the ground.
‍

But while SGI can occur to even the most experienced aviators, overcoming it requires us to return to our basic instrument flying mantra: trusting our flight instruments. And this is where better training can play a major role.

If you began reading this article with only a vague recollection of what somatogravic illusion (SGI) is, you are certainly not alone. In a recent study, around 40% of pilots claimed to have little or no working knowledge of this illusion (3).

But continued education and exposure to the concept of somatogravic illusion can help turn these numbers around. Here are some examples of how it is being done:

However, this mandate does not currently extend into the corporate aviation world of Part 91 and Part 135 operations.

But even if upset recovery training is not yet a part of your training, there are steps pilots and flight departments can do today to help guard against illusions such as SGI.

Mitigating the threat of disorientation starts at the company level. Here are 5 tips for educating and preparing your workforce on illusions:

Reading about illusions is one thing, but experiencing them is another.

Here are 5 tips for bringing this invisible threat to the forefront of your mind:

In general, it’s important to remember what makes us vulnerable. Fatigue, stress, workload, and poor instrumentation scans are all factors that can exacerbate the likelihood of a somatogravic illusion-related response.
‍

Be Under no Illusions

Whether you're a seasoned aviator or a brand new pilot, disorientating illusions like SGI can affect us all. But with a better awareness of SGI, enhanced training, and keeping the discussion of threats alive, we can better guard against it. After all, no matter how many hours we may have in our logbooks, we’re still all bound by the same anatomy.
‍

Do your flight crews need a somatogravic illusion refresher? Feel free to share this content with your team!

If you would like help or information on any of the topics mentioned in this article or assistance writing bulletins for your flight department, we’re here to help. Contact us today!

The ICAO Manual on Upset Recovery and Prevention Training provides some key guidance on training for spatial disorientation and loss of control in flight. You can discover more on the science behind illusions by reading the FAA Spatial Disorientation brochure.

Welcome to AvBrite, and to our Blog!